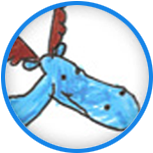 We Grow and Learn Together, Here at JRB

Hazing as described by Massachusetts General Law, Chapter 2690, Section 17 is prohibited. Participants will be suspended from school for 5 days.  Organizers of the incident will be suspended for 10 school days. All such incidents will be reported to law enforcement authorities for further action. An Act Prohibiting the Practice of Hazing

Be it enacted by the Senate and House of Representatives in General Court assembled, and by the authority of the same, as follows: Chapter 269 of the General Laws is hereby adding the following three sections:

Chapter 17: Whoever is a principle organizer or participant in the crime of hazing as defined herein shall be punished by a fine of not more than one  thousand dollars ($1,000) or by imprisonment in the House of Corrections for not more than one hundred (100) days, or by both such fine and imprisonment.  The term “hazing” as used in this section and in sections eighteen and nineteen, shall mean any conduct or method of initiation into any student  organization, whether on public or private property, which willfully or recklessly endangers the physical or mental health of any student or other person.  Such conduct shall include: whipping, beating, branding, forced calisthenics, exposure to the weather, forced consumption of any food, liquor, beverage,  drug or substance, or any other brutal treatment or forced physical activity which is likely to adversely affect the physical health or safety of any such student  or other persons, or which subjects such student or other person to extreme mental stress, including extended deprivation of sleep or rest, or extended  isolation.

Section 18: Whoever knows that another person is the victim of hazing as defined in section seventeen and is at the scene of such a crime shall, to  the extent such person can do so without danger or peril to himself or others, report such crime to an appropriate law enforcement official as soon as  reasonably practicable. Whoever fails to report such crime shall be punished by a fine of not more than five hundred dollars ($500).